Northstar School’s annual “Gifts of Hope” fundraising brunch brings together Northstar friends and supporters to celebrate the work of the school and all that we can accomplish when we align our resources in support of our children and the future of our community.

GIFTS OF HOPE
Annual Northstar Supporters’ Brunch
Sunday, November 4, 2018 10:00 am
with Ustadh HISHAM MAHMOUD (Founder of Laturna) along with a presentations by Northstar students at the Fremont Marriott Silicon Valley (Map)

Online Registration CLOSED
Please email Michelle Lee at michelle@northstarschool.org if you are interested to attend. 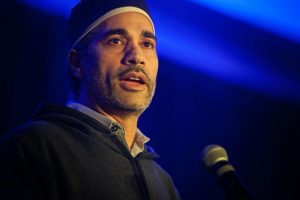 Hisham Mahmoud has studied theology, jurisprudence, legal theory, hadith, ethics, Qur’anic recitation, and Arabic with scholars in Morocco, Mauritania, and Egypt. He penned an annotated translation of one of the most important commentaries on the  personal qualities of the Prophet Muhammad which will be included in a forthcoming work that he is co-authoring entitled, “A Portrait of the Prophet.” He has lectured internationally on Islam and world religions, and continues to read with scholars and students in the United States. He has formerly held positions at Yale, Princeton, and Harvard Universities, then left the Academy to establish LANTURNA, a nonprofit, educational initiative that intends through its various projects to establish learning collectives throughout North America to enrich individual lifestyle and communal living. He currently resides in Pennsylvania with his wife and two children.