Please join us, along with Shaykh Yahya Rhodus and Imam Zaid Shakir, for a very special evening commemorating the sixteenth anniversary of Northstar School. We’ll enjoy delicious food, moving presentations by our students, insightful remarks by our distinguished speakers, and a glimpse of the inspiring work that this school is doing in establishing an institution whose legacy and impact will be a source of immense good and blessings for many generations to come, insha’Allah.

Shaykh Yahya Rhodus is one of the well-respected Muslim scholars in the Western world, Yahya has spent the best part of two decades studying at some of the most prestigious learning institutions in the Muslim and Western world. Having embraced Islam at the age of 19 in Santa Clara, California, he immediately began his study of the Islamic sciences with Shaykh Hamza Yusuf and visiting Mauritanian scholars, such as Shaykh Khatri Wuld Bayba, and Shaykh Abd Allah Wuld Ahmadna. Shortly thereafter, he traveled to Mauritania to pursue a full-time course of study where he was able to learn from one of Mauritania’s greatest scholars, Murabit al-Hajj. Following an interim period of study in Damascus, Syria, Yahya went on to spend the best part of seven years in Tarim, in the Hadramawt Valley of Yemen. There, he studied at the reputable school, Dar al-Mustafa, with the renowned scholars Habib Umar bin Hafiz and Habib Ali al-Jifri. Since that time, Yahya has been the official translator for Habib Umar and Habib Ali at various international speaking engagements, including the Common Word Conference held at Yale University in 2008. Upon returning to the United States, Yahya served as a full-time instructor at Zaytuna College. He holds a B.A. in Near Eastern Studies from UC Berkeley, an M.A. in Islamic Studies from the Graduate Theological Union, and is currently pursuing a PhD in Theology and Religious Studies at the University of Cambridge, England, in collaboration with Dr. Tim Winter (Shaykh Abdal Hakim Murad). He is the Founding Director of al-Maqasid in Allentown, Pennsylvania.

Imam Zaid Shakir is a senior faculty member and co-founder of Zaytuna College, Berkeley, California, the first accredited Muslim undergraduate college in the USA. He converted to Islam in 1977 while serving in the United States Air Force and obtained a BA summa cum laude in International Relations, MA in Political Science from Rutgers University, and then pursued studies in Arabic, Islamic law, Qur’anic studies, and spirituality with some of the top Islamic scholars of our age in the Muslim world. He was the first American male graduate from Syria’s prestigious Abu Nour University with a BA in Islamic Sciences.  In addition to Zaytuna, he founded the New Brunswick Islamic Center (formerly Masjid al-Huda) in New Jersey, Masjid al-Islam in Connecticut, the Tri-State Muslim Education Initiative, the Connecticut Muslim Coordinating Committee, the Lighthouse Mosque in Oakland, and United for Change. He speaks and writes on a wide range of topics and has authored several books. Trained in both the academic and Islamic intellectual traditions, he is uniquely qualified as a commentator on the substantial issues of our time, and is considered one of the towering principle voices in contemporary Islam. His spiritual, academic, and community work, speaking and writing extensively on religion, socio-political, and race issues leaves a lasting impression; his ability to move hearts and minds enlightens all walks of life. The New York Times describes him as “a leading intellectual light,” and he is regularly included as one of the Western world’s most influential Muslim scholars in the prominent annual ranking, The Muslim 500. 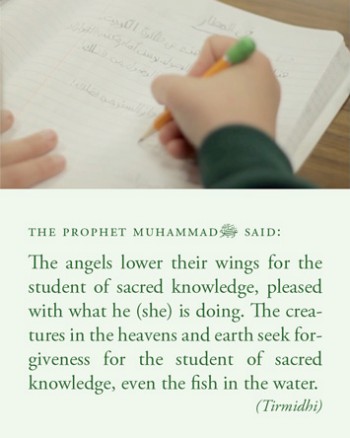