Northstar School’s annual “Gifts of Hope” fundraising event brings together Northstar friends and supporters to celebrate the work of the school and all that we can accomplish when we align our resources in support of our children and the future of our community.

We are cordially inviting you to join us for our Gifts of Hope event, lending your hand of support to our generation of resilient learners toward excellence. During these most difficult times of the pandemic, Northstar has stayed completely committed to our students by maintaining a robust educational program, both for distance learning and onsite learning. In a time of financial hardship for many, Northstar made no tuition increases to our already very low fees, and awarded an unprecedented amount of financial aid in this past year.  We hope to complete our fundraising prior to this event, so please make your contribution below.

DETAILS
All guests must register below to gain online access to wonderful Gifts of Hope event on Sunday, Nov. 15th at 10am.

GIFTS OF HOPE REGISTRATION
Make a contribution to support Northstar 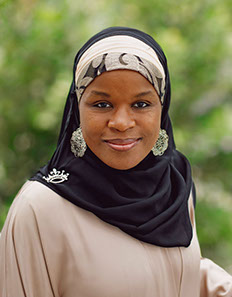 Ustadha Ieasha Prime is the Director of Women’s Affairs at Dar al Hijrah and Scholar-in-Residence and Associate Chaplain at The Islamic Center of New York University (ICNYU).  She converted to Islam more than 20 years ago after being a Youth Ambassador to Morrocco and Senegal. There, she developed a thirst for knowledge that would cause her to sit at the feet and learn from some of the top Islamic Scholars of our time. After having participated in several circles of knowledge in the US, Ieasha decided to pursue religious studies abroad. She studied Arabic, and Quran at the Fajr Institute in Cairo, Egypt.  Later, she moved to Hadramaut, Yemen and enrolled in Dar al Zahra, an Islamic University for Women. There she studied Aqeedah, Quran, Hadith, Arabic, Jurisprudence (Fiqh), Islamic law, Purification of the Heart and other religious related learning. She has received several scholarly licenses (ijaza). The work that she is most committed to and enjoys have been the development of Islamic programming, Islamic Studies curriculum and Rites of Passage programs for youth and adults. Majority of her life has been spent as an educator and activist. She is most passionate about combining Islamic studies, cultural art, activism and service for the purpose of training leaders to rise above whatever challenges stand in their way and that of the community they serve. In addition to her full-time work, she is the co-founder and Executive Director of Barakah INC, an organization committed to training Muslim women in traditional Islamic sciences with a focus on modern application. Sister Ieasha is recently known for her participation in the National Women’s March, and the courses she teaches on traditional knowledge, the challenges of race and gender in the Muslim community and Spirituality. Ieasha Prime is a proud wife and mother of three children. 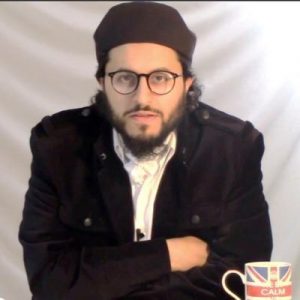 Dr. Shadee Elmasry was born and raised in New Jersey. He began studying the traditional sciences rigorously at age eighteen. He studied in Yemen, Mecca and Madina, London and Cairo under several veteran ulama. He studied Arabic Maliki fiqh, usul, aqida and suluk. In addition to traditional learning, Dr. Elmasry has received a masters and PhD in religious studies, completing his masters thesis at The George Washington University and his PhD at The University of London, SOAS on Da’wa in the Works of Imam Abd Allah bin Alawi al-Haddad. Dr. Elmasry went on to teach at several universities including Yale, The University of London SOAS, Trinity College, Hartford Seminary and Manhattanville College. Currently, he has found his way back home as Scholar in Residence and Director of Education at the New Brunswick Islamic Center in New Jersey. He is also the founder and head of Safina Society—an institution dedicated to disseminating Ahl al-Sunna & Jama knowledge live and online. 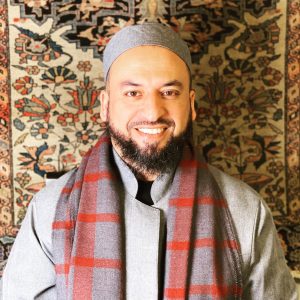 Imam Yama Niazi has studied with local scholars in the US for a number of years which culminated in him becoming an imam of the Islamic Society of Santa Barbara for 8 years. He served the community by teaching and leading prayers. In 2015 he founded “ the blessed tree “ a nonprofit specifically for bridging gaps between the Muslim community and others. He has spoken in many Muslim platforms and programs throughout the US and Canada. He currently teaches and is an instructor at SeekersGuidance and is leading youth education program as well conducting programs in local communities/ masjids in North America. He is married and has 3 children.